10 thoughts on the Oscars

Including the best film to get no nominations. 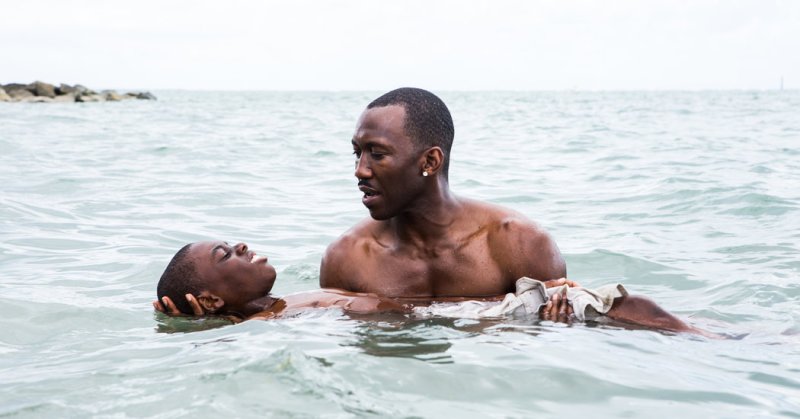 OK, confession time: I have not seen Fences, Hidden Figures, Loving, Jackie, Nocturnal Animals, Moana, or any of the best foreign film or documentary contenders. The reason is that they either haven’t come out in Korea yet, or they came out whilst I was back in the UK. I’ve also not seen Hacksaw Ridge for the reason that I think antisemitism is bad. So, this isn’t going to be quite the full write up I did last year.

Nonetheless I have seen a chunk of the most relevant films including: Moonlight (though only yesterday evening), La La Land, Lion, Hell or High Water, Arrival, Manchester by the Sea and….ummm…Suicide Squad. So, here goes:

1. This was a genuinely good selection of films

In recent years we’ve seen some rather boring films like Boyhood, Gravity and the Revenant have a serious chance of becoming Best Picture. Unless you have taken irrationally taken against La La Land, it’s hard to dispute that all of the nominees were a cut above that.

2. I share the Oscar’s confusion about whether La La Land or Moonlight is better

They have a certain amount in common: visual panache, a dream like quality and a hefty dose of melancholy. But in most regards, they are so different that comparing them seems like a category error. If I had to choose, I’d probably opt for Moonlight because it feels like it’s taking cinema forward rather than looking back to its ‘golden age’. However, there are clearly ways that La La Land is better. Notably, it gets off the starting blocks a lot quicker. I suspect that if we wait a few years, one of them will emerge as a true icon and that will appear to be the ‘correct’ winner. The way that the image of Mahershala Ali’s character ‘baptising’ the young Chiron – the one at the top of this post – grabbed me before I’d even seen the film, makes me think it will be Moonlight. But it’s hard to say. So, for the time being I’m rather Warren Beatty about the question.

3. Though of the Best Picture nominees my favourites were Lion and Hell or High Water

‘Hell or High Water’ may be the first great film about the failed economic recovery https://t.co/nVGGFZu7Dc by @SonnyBunch

They’re not as technically interesting as the two films crowned ‘Best Picture’ but they have more compelling stories and got a bigger emotional reaction from me at least.

4. The actual best film of the year wasn’t nominated for anything

Amongst the film’s I’ve seen of course, but the Girl with All the Gifts is amazing. It’s a zombie film with plenty of proper frights. The music alone will creep you half to death. But it’s more than simply a scary movie. It will unsettle you intellectually as well as emotionally, by testing your willingness to separate human from beast. A lot of that is down to the success of Sennia Nanua, who I’d guess is barely a teenager, giving a performance every bit as good as the one Emma Stone just won as Oscar for, playing a ‘hungry’ who appears unnervingly empathetic. Watch it but be prepared to be disturbed.

5. Amy Adams clearly should have been nominated for best actress for Arrival

I think you meant "Someone who should have been nominated this year for #Arrival, Amy Adams" #Oscars pic.twitter.com/AdTMkxja6I

Do I even need to argue this one?

Glad Arrival was at least recognised for its incredible soundscape.

6.Gareth Edwards deserved a Best Director nomination for Rogue One

rogue one was ROBBED i can't believe they didn't win anything for this scene alone pic.twitter.com/QsgXxdauKU

Look I know that genre cinema is not the Oscar’s forte, and there wasn’t exactly a shortage of great directing to recognise this year. Nonetheless, Rogue One’s final set piece is so excellently executed that his not being on the list is still an oversight.

7. I don’t envy the voters who had to choose Best VFX

8. Suicide Squad is an Oscar winning film and I’m actually OK with that

SUICIDE SQUAD has more Oscars than VERTIGO and as many as CITIZEN KANE.

Yeah it was bilge overall but parts of it were good, and the makeup was one of them. To illustrate that many of its components were actually pretty impressive, Suicide Squad is the only thing I’ve ever seen Viola Davis in and on the basis of that one performance in a terrible film, I can totally get her winning Best Actress.

9. If I ever win a major award, I’m bringing along plush toy pandas

10. The Oscars are ridiculous but worth it

Alissa Wilkinson argues for Vox that the Oscar’s matter because they are one of the best ways for non-Blockbusters to percolate into mainstream consciousness. That holds for me at least. Without them being discussed as Oscar contenders, I probably wouldn’t have seen Moonlight or Manchester by the Sea. And I’d have been missing out, enormously.