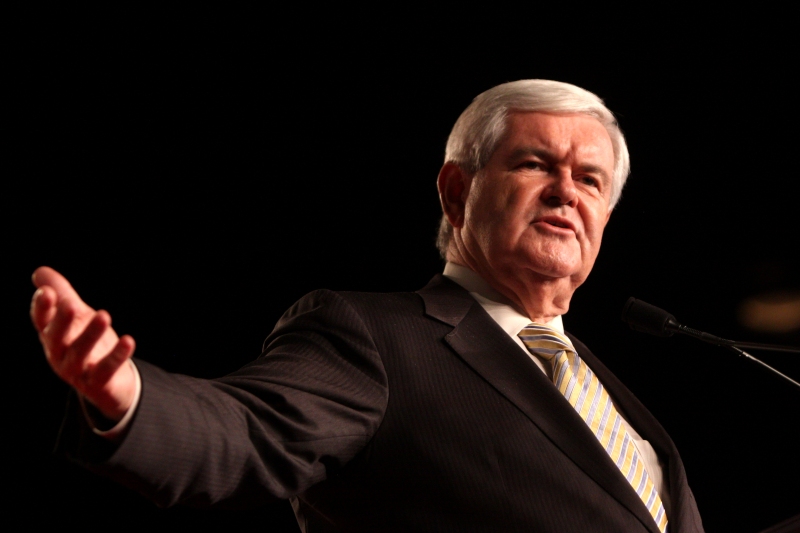 There’s not much to be said in favour of Newt Gingrich. He’s the man who justified his numerous ethics violations by saying:

There’s no question at times of my life, partially driven by how passionately I felt about this country, that I worked far too hard and things happened in my life that were not appropriate.

However, he has the odd partially-redeeming feature. For example, he made the right call on apartheid when many of his fellow Republicans didn’t:

Newt Gingrich was among a cadre of conservatives who opposed the mainstream conservative stance on apartheid and ultimately helped override Reagan’s unconscionable veto of sanctions. At the time, Gingrich was allied with a group of young conservatives including Vin Weber looking to challenge Republican orthodoxy on South Africa. “South Africa has been able to depend on conservatives to treat them with benign neglect,” said Weber. “We served notice that, with the emerging generation of conservative leadership, that is not going to be the case.”

So unsurprisingly he was one of a number of politicians to pay tribute to Mandela last week. This provoked a curious response from some of his Twitter followers. Take the following:

Newt, I was rooting for you to win the primaries and become the next president; please tell me your joking!! Mandela was a commie murderer!!

That elicited a surprisingly forthright response from Gingrich:

Some conservatives say, ah, but he was a communist.

Actually Mandela was raised in a Methodist school, was a devout Christian, turned to communism in desperation only after South Africa was taken over by an extraordinarily racist government determined to eliminate all rights for blacks.

I would ask of his critics: where were some of these conservatives as allies against tyranny? Where were the masses of conservatives opposing Apartheid? In a desperate struggle against an overpowering government, you accept the allies you have just as Washington was grateful for a French monarchy helping him defeat the British.

So all credit to him for that.