How I became a reluctant monarchist 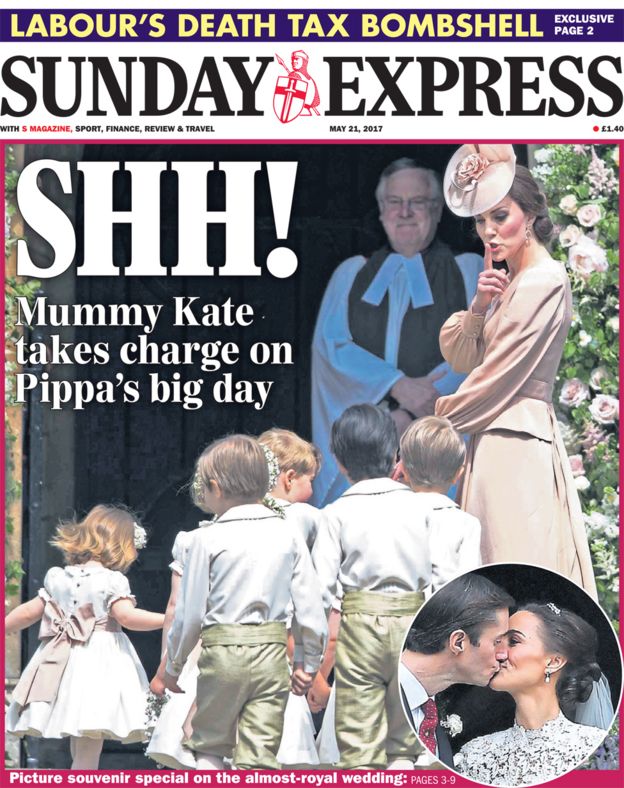 It seems a bit much even now!

Monarchy is both a stupid idea and a good choice

On days like this, it is hard to defend Britain’s monarchy. It is beyond me how people manage to care about stuff like Pippa Middleton’s wedding. It has the banality and irrelevance of celebrity news, but lacks the colourful characters and outrageous behaviour. That combination is made even more grating because it is presented in a tone of fascinated obsequiousness, and in staggering volume. Every paper in the UK apart from the Guardian put the wedding on its front page today. By contrast, none found space for Iranians deying hardliners and re-electing their moderate president, an objectively significant story.

It is hard not to be aware of the absurdity of the Royal Family as an institution and, perhaps even more so, our reaction it. I laughed for several minutes when I first read a headline in the Daily Mash, Britain’s answer to the Onion, that went ‘Duchess wows easily-wowed crowd‘.

Despite all this I now consider myself a monarchist. That’s not always been the case. I was a republican up until 2011. That was the year of the William/Kate wedding. As you can probably deduce from what you’ve just read, I found that a rather trying period. Never has so much attention been paid to so little. Would her dress have sleeves? Oh seriously, who gives a ****?

I retreated to thesis writing. But as usually happens when I do that, procrastination followed, and for me that meant perusing blog after blog. Naturally, most of them considered the Royal Wedding in one way or another, and plenty of them considered it as strange as I did. Nonetheless,  many also found convincing rationales for the paegentry.

Two arguments particuarly stuck with me. The first from Chris Dillow at Stumbling and Mumbling:

“I suspect it’s not a coincidence that the countries which are best at equality overall (e.g. Sweden, Denmark, Norway, the Netherlands) [he might have added Japan – CD] also tend to be monarchies.”

This, he says, is because monarchies remind us that our fate in life is due not solely to merit but to luck, and thus increases public support for redistribution. Is it really an accident that monarchical Spain is more equal than presidential Portugal, or Canada more egalitarian than the US, or Denmark more than Finland?

The Observer says that “meritocracy and monarchy is one marriage that just doesn’t work.” True. But a true meritocracy would, as Michael Young famously pointed out, be even more horribly inegalitarian than the fake one we have now. So given the choice, give me monarchy.

The other came from the philosopher Mark Vernon:

A republican will say that a president can [also embody a nation], along with the pageantry that surrounds the dignity of their office. Or that a country should be founded on explicit values, like liberty, fraternity and equality. Clearly, some countries opt for such alternative institutions – though I remember being persuaded that a monarchy has the upper hand when, after 9/11, it became almost impossible to criticize Bush without being taken as criticizing America too, because the political leader and the head of state were embodied in the same person. Similarly, a list of values will run into trouble when they conflict – as liberty and equality clearly do. A symbolic figure seems better able to hold together inevitable contradictions because they’re symbolic not explicit.

That the monarch is born, not chosen, is therefore also a good thing. In a democracy, where political power rightly rests with elected representatives and the electorate, hereditary ensures the head of state is above the political. Their power is soft, in all the good things they stand for.

After this, I came to see my own (and I confess other’s) republicanism as rather literal minded and, dare I say it, a bit adolescent. Not every institution needed to conform to every desirable ideal. Sometimes anachronisms that make little logical sense, can still serve a purpose. Events like royal weddings are inherently silly, but the people excited by it weren’t: They were enjoying a moment that bonded communities. So, when the Diamond Jubilee came round the next year, I gladly went along to a (as it turned out very wet) celebratory barbecue, safe in the knowledge that its absurdity was something to savour rather than reject.