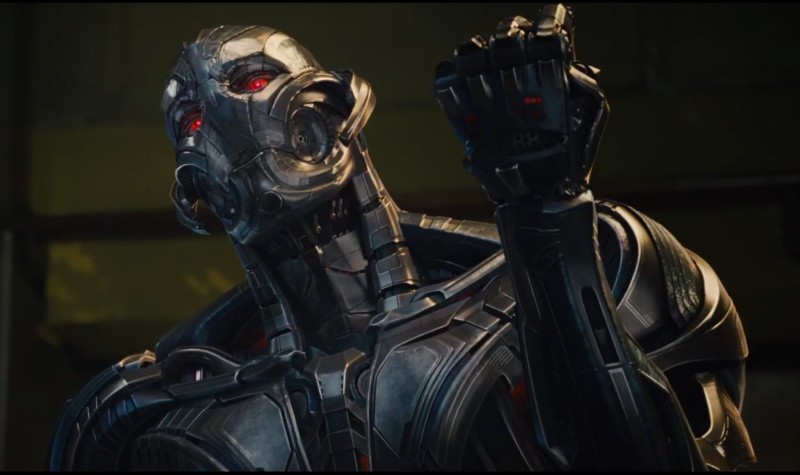 Of late the axiom that ‘less is more’ has not seemed to apply to superhero films. Indeed, they have appeared to defy gravity, adding far more characters than seems feasible yet somehow not coming crashing to earth.

Age of Ultron perhaps represents basic cinematic physics reasserting itself: it stays airborne but at times you can hear the engine sputtering.

Don’t get me wrong, it’s not only big but also clever. The core story is engaging. The cast and writing has charisma to spare. There are precisely the kind of one-liners and comic moments. The action while hardly get out groundbreaking is nonetheless effective. And Ultron (voiced by James Spader) is an entertaining villain. And the first appearance of Andy Serkis’ Ulysses Klaw bodes well for Black Panther.

However, it all winds up feeling rather undercooked. I think the reason why is that in a superhero team movie, screentime had to be spread thinly between individual characters. While the first Avengers largely avoided this pitfall, its  sequel falls straight into it. The difference is that the first film had a very definite narrative about the team as a whole, recounting how a disparate collection of superheroes become the Avengers. The subplots didn’t feel like they were competing for time because they were pulling in the same direction. Age of Ultron is much less cohesive. Battling Ultron takes each of the Avengers on a journey but they are distinct from each other. The individual arcs intersect rather than merging. So none of them has enough space to satisfactorily play itself out.

It also worked in the Avengers favour that we’d already met all the important characters in stand alone films. By contrast, Age of Ultron is the first time we get to know Ultron, the Vision and the Maximoff twins all of whom part key roles in its plot.

That’s symptomatic of a broader difference. While the Avengers was the climax of the first round of Marvel films, Age of Ultron mainly appears to be preparing and foreshadowing the third batch of movies. Indeed on reflection what it reminds me of most is a two and a half hour trailer. It showcases cool stuff and hints at more of it but never quite delivers in full.

Summary: 7/10 – Age of Ultron was always going to be good. Sadly it’s nowhere near as good as it could have been.