The case against a Best Motion Capture Performance Oscar

Andy Serkis deserves an Oscar but it should be for acting not in some specially created category. 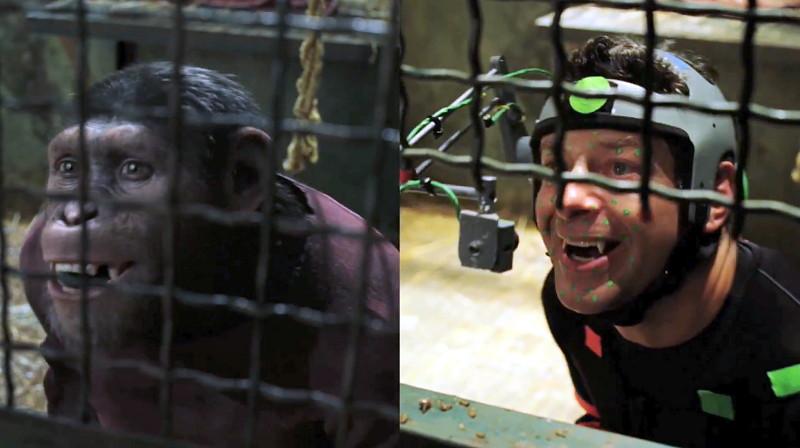 The winners of this year’s Academy Awards will be announced tomorrow. However, we already know that some of the best performances of the past year won’t be winning anything. In Dawn of the Planet of the Apes, Andy Serkis and Toby Kebbell convincingly portray chimpanzees yet give them fully developed personalities. However, neither of them has been nominated. Neither did Serkis get any recognition for his turn as Gollum where he delivered the kind of pathos that the rest of the Lord of the Rings trilogy lacked.

Serkis being overlooked despite his evident talent and the fact that he’s pioneering a new form of acting has lead to calls to create a new Oscar category to recognise motion capture work. For example, the AV Club’s suggestions for new categories includes such a category because:

Once a novelty designed to add authenticity to awkward CGI and animation, motion capture has risen to prominence in recent years thanks to improved technology and greater public awareness of the process. The most likely turning point was Andy Serkis’ work as Gollum in Peter Jackson’s The Lord Of The Rings trilogy; for the first time, a performer’s work in the field seemed like more than just an excuse for behind-the-scenes footage of someone wearing weird clothes and making funny faces. But as Serkis’ star has continued to rise, in movies like King Kong and the new Planet Of The Apes franchise, the inability to reward the actor for his efforts, and react to the shift in public and industry perception of the process, has lead to frustrating conversations about whether or not motion capture performing really counts as “acting” at all. The best solution would be to create a specific award to acknowledge the work of both the performer and the effects team whose collaboration often leads to such impressive results. Serkis may be the most famous motion capture actor right now, but the process isn’t going away any time soon, and an Oscar category would be a smart way to honor (sic) great and previously unrecognized work.

I think this misses the point. There already exist categories that recognise what Serkis is doing: best actor and best supporting actor. Merriam-Webster’s definition of acting is: “the art or practice of representing a character on a stage or before cameras.” This is exactly what Serkis does. He creates a voice, expressions, mannerisms and a style of moving that allows the audience to feel they are watching say Gollum. Motion-capture performance is a sub-set of acting not an alternative to it.

A pretty clear demonstration of this is to watch Serkis bring those same characters to life without using mo-cap:

Another is that most mo-cap performers also do regular acting. Serkis himself appeared sans mo-cap suit in the Prestige and will be doing so again this year in Avengers: Age of Ultron. Indeed in some cases a character may be portrayed by a single actor using mo-cap for some scenes and not for others. The most obvious example is Mark Ruffalo playing Bruce Banner and then using motion capture when he becomes the Hulk. And there is scene in Lord of the Rings where we see Gollum before he’s horribly warped by the ring. Did Peter Jackson need to find someone other than Serkis to do that scene because now what was required was acting? Of not, he just got Serkis to act without the mo-cap suit.

Where of course, mo-cap performances differ is that once the actor has delivered them, the visual effects team then has to affect a visual transformation. They have, in the case of Dawn, to (in the word of Honest Trailers) replace ‘a small British man in a unitard’ with a chimpanzee. But is this different in anything other than degree to using makeup or costume to change an actor’s appearance? In contrast to when an actor gives their voice to an animated character, the physical aspects of the character are still largely the actor’s responsibility. The whole point of those dots and skin tight suits is to capture all the small movements the actor makes.

Indeed if the Academy wished to create a new acting category, then voice acting seems like a much more obvious choice as that is fundamentally different. It would also avoid one of the pitfalls of a Best Mo-Cap Performance Oscar: a narrow field.

Imagine trying to find six worthy performances to nominate this year. Clearly you’d have Serkis. Kebbell probably wouldn’t be put forward so as not to drain support from his co-star. That would leave good but nowhere near Oscar worthy performances from the likes of Benedict Cumberbatch in the Hobbit and Karen Gillan in Guardians of the Galaxy.

It would also be a nightmare to work out eligibility. Would Mark Ruffalo’s work in the Avengers count given that as already discussed he’s only using motion capture for part of the film? How about when, as seems to have happened a lot in Guardians of the Galaxy, different actors did the motion capture and the voice work?

Much simpler would be for the Academy to do what it should already have done. Next time it sees an actor (probably Andy Serkis) give a motion capture performance that deserves to be nominated for best actor or supporting actor, it should nominate them!