The unfortunately realistic economics of the Hunger Games 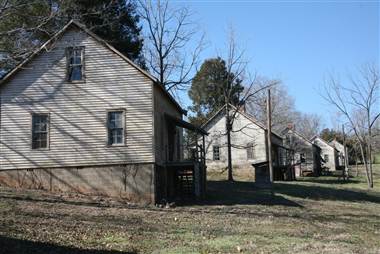 One of the criticisms of the Hunger Games is that it’s not plausible that in a futuristic sci-fi world with extremely advanced technology, much of the population would still be on the edge of starvation. Matthew Yglesias argues that the extreme inequality between the Capital and the Districts is not only plausible but has actually existed and that Collins has identified how it would come about. He illustrates this by reference to the work of two economic historians:

Acemoglu and Robinson’s general theory can be grasped through the lens of the “reversal of fortune” they observe in the Western Hemisphere and originally described in an academic paper co-authored with Simon Johnson. If you plot per capita income in the Americas today, you see a clear pattern with the United States and Canada ahead, the southern cone around Chile and Argentina in second place, and the middle portion much poorer. It turns out that if you turn the clock back about 500 years, the pattern was reversed. The places that are rich today were poor then, while those that are poor today were generally rich in the past. This, they argue, is no coincidence. When Spanish conquistadors showed up in the prosperous areas of Latin America, they stole all the gold they could get their hands on and then set about putting the native populations to work. They set up “extractive institutions” whose purpose was to wring as many natural resources (silver, gold, food) from the land as possible while keeping power in the hands of a narrow elite. These institutions discourage savings and investment, since everyone knows any wealth can and will be arbitrarily expropriated. And while the injustice of it all led to periodic revolutions, the typical pattern was for the new boss to simply seize control of the extractive institutions and run them for his own benefit.

District 12 is a quintessential extractive economy. It’s oriented around a coal mine, the kind of facility where unskilled labor can be highly productive in light of the value of the underlying commodity. In a free society, market competition for labor and union organizing would drive wages up. But instead the Capitol imposes a single purchaser of mine labor and offers subsistence wages. Emigration to other districts in search of better opportunities is banned, as is exploitation of the apparently bountiful resources of the surrounding forest. With the mass of Seam workers unable to earn a decent wage, even relatively privileged townsfolk have modest living standards. If mineworkers earned more money, the Mellark family bakery would have more customers and more incentive to invest in expanded operations. A growing service economy would grow up around the mine. But the extractive institutions keep the entire District in a state of poverty, despite the availability of advanced technology in the Capitol.

But Collins is right in line with the most depressing conclusion offered by Acemoglu and Robinson, namely that once extractive institutions are established they’re hard to get rid of. Africa’s modern states, they note, were created by European colonialists who set out to create extractive institutions to exploit the local population. The injustice of the situation led eventually to African mass resistance and the overthrow of colonial rule. But in almost every case, the new elite simply started running the same extractive institutions for their own benefit. The real battle turned out to have been over who ran the machinery of extraction, not its existence. And this, precisely, is the moral of Collins’ trilogy. [Spoiler alert: Ignore rest of this story if you haven’t finished the trilogy.] To defeat the Capitol’s authoritarian power requires the construction of a tightly regimented, extremely disciplined society in District 13. That District’s leaders are able to mobilize mass discontent with the Capitol into a rebellion, but this leads not to the destruction of the system but its decapitation. Despite the sincere best efforts of ordinary people to better their circumstances, the deep logic of extractive institutions is difficult to overcome, whether in contemporary Nigeria or in Panem.